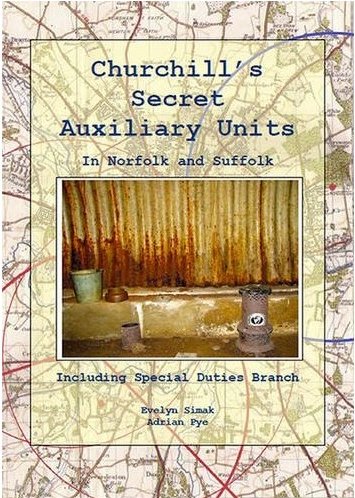 Churchill's secret resistance organisation, the Auxiliary Units, is colloquially often referred to as "Churchill's Secret Army", "The Hush-Hush" or "The Stay-Behinds". The men who formed the operational units or patrols were unpaid civilian part-timers who, in the event of an invasion, were to stay behind enemy lines. They were trained to resist the expected occupation by Nazi Germany by harassing and sabotaging the invaders. The auxiliers' life expectancy was expected to be no more than a couple of weeks.

This book details a part of our history which, due to the restrictions of the Official Secrets Act, is little known even 70 years after the event. For the first time, the names of all the patrols and their individual members and of the Intelligence officers involved are recorded, as are the sites which were used as operational bases by the men of 202 (GHQ) Reserve Battalion, Home Guard - the Auxiliary Units' operational patrols and scout Sections - in Norfolk and Suffolk.

In addition, the book contains the first comprehensive and in depth documentation regarding the top-secret spy and wireless networks set up by the Special Duties Branch.